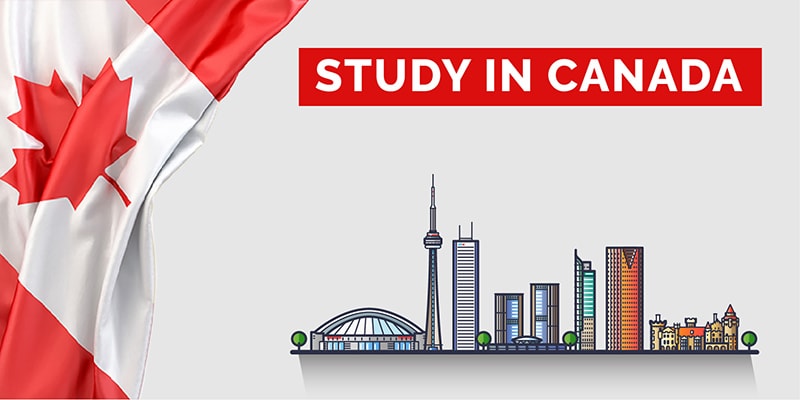 Canada is prosperous country which has become a gold standard for other countries, showing the world how to develop economically, culturally and politically and take the development to the local people. The country not only has the seventeenth-highest nominal per-capita income globally, making it economically well-off, but it is also known for government transparency, civil liberties, quality of life, economic freedom, and education. So if you are planning to study in Canada, you have already made a great choice and you can look forward to having an excellent opportunity at studying at some of the best educational institutions in the world.

Undertaking a study in Canada for Indian students is especially lucrative not only because of the warmth and friendliness that Canadians are known for, but also because Canada has a large Indian population that is sure to prevent any homesickness you may be prone to. Let us know get on with the top ten reasons to study in Canada-

The educational infrastructure in Canada is largely funded and overseen by federal, provincial, and local governments and the government in Canada invests heavily in its education sector, with about 5.3 percent of its GDP spent on education. This makes the education system in Canada very affordable because the costs are borne in large part by the government.

Canada is one of the world’s top ten trading nations, with a highly globalized economy, requiring expert professionals from almost every industrial field. So anyone who is willing to work hard and apply themselves can be sure of finding great work opportunities in Canada.

Like we said before, Canada is a mutli-cultural country and there is a large Indian diaspora living there. In fact, around 4% of the total population of Canada is of Indian origin! This makes studying and working in the country comparatively easier and manageable.

Canada is one of the most educated countries in the world- with the world’s highest number of adults having tertiary education. More than half of Canadian adults have attained at least an undergraduate college or university degree. So, you would be living amongst an educated and highly civilized society, something that can change the personality of a human for good.

Canada is not only immensely beautiful, but it is also one of the least corrupt countries in the world. Some of the world’s most ecologically diverse and beautiful places are situated in Canada, So living and studying in Canada gives one the opportunity to explore nature in its purest form.

The citizenship rules in the country are also highly accommodative, so getting a citizenship is also hassle-free. In fact, after one year students can apply for becoming permanent residents of Canada.

Although there are regions in Canada where French language is also spoken, a majority and in fact, most of the Canadians are English-speakers. So it is pretty easy to communicate with people in Canada and you can go around without any linguistic hassles! All universities from Canada also offer English-taught degrees for all Bachelor’s, Master’s and PhD level.

Canadian people are considered very friendly, welcoming and hospitable. As an international student, you’ll enjoy the same rights as any other Canadian. So you or your parents do not have to worry about your safety and security in a foreign land.

Canada is a vastly multi-cultural and multi-ethnic state. From the Indian nations to the French-speaking Quebec region, there are so many diverse and vibrant cultures thriving in Canada that it would really be a pity if one does not agree with the idea that Canada is one of the most perfect places to study and live in the world!

A study in Canada is one of the best career choices that one can make, and with some dedication and hard work, you can turn yourself into a successful and thriving professional in any field!